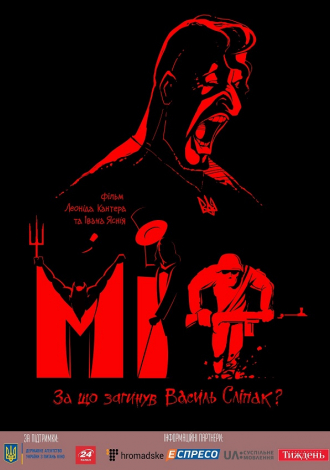 "MYTH" is the life story of Vasyl Slipak - an opera singer with a world name and unique voice, who participated in war in the Donbas.

Vasyl was born in Lviv, but later in a search of musical career, having a unique voice - countertenor, moved to France. He lived there for 19 years and found everything we used to call "happiness": a name, a successful career on the world opera stages, loyal friends and love. He actively participated in the Revolution of Dignity, leading demonstrations in France, and later joined the volunteer movement in helping Ukraine. It would seem that he was doing more than enough as a man of art. But Vasyl decided to leave the stage and career in Europe and join the ranks of volunteers when his home country came to war. While performing the combat task, Vasyl "Myth" Slipak was killed by a sniper's bullet.