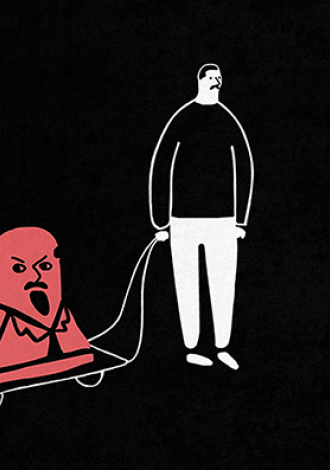 Adventures of a disoriented subject under the chaotic decommunization. An instant of toposonic confusion when habitude is broken. The film was inspired by the official renaming of Petrivka metro station. The name, which derived from the surname of the Soviet communist Petrovsky was replaced with an ancient hydronym Pochaina. The renaming led to re-recording of all Kyiv metro announcements with a new voice, while the old one had gone for good.