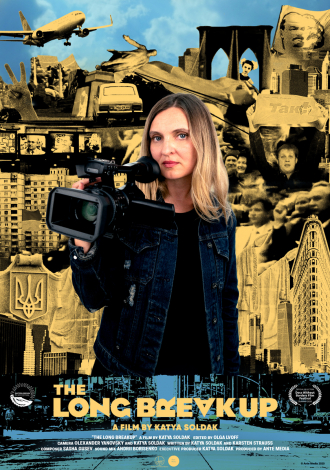 0/5
Thank you! Your vote has been counted.

Katya Soldak
2020 year
politics
85 min
Original language
English, Russian, Ukrainian
Subtitles
English, Ukrainian
Unfortunately this film is currently not available in your area due to the terms of the license agreement.

The Long Breakup is a feature length documentary about Ukraine’s struggle to escape Russia’s embrace, leave its Soviet past behind and become a truly independent nation. Ukrainian-American journalist Katya Soldak, of Forbes Magazine, now living in New York City, tells the story of her home country as it exits the USSR, works through two revolutions, and endures a war with Russia—all through the eyes of her family and friends in Kharkiv, a large Ukrainian city just 18 miles from the Russian border.