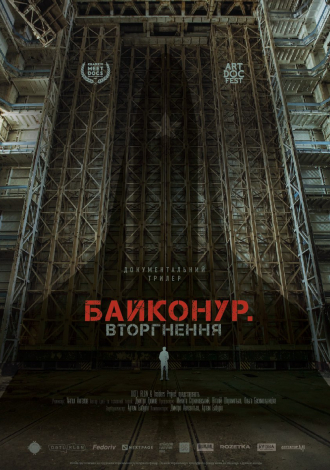 The protagonist researcher Dmytro Gromov and the cameraman Angel Angelov are embarking on a dangerous mission: both are planning to cross about 50 km of an inhospitable desert in order to illegally enter the protected hangars of Baikonur and watch the launch of the rocket. The heat of the desert reaches almost 47 degrees Celsius. Dehydration, starvation, physical and psychological exhaustion are not the only difficulties on their way to Baikonur. The guys are risking to be arrested and put in jail if they will be spotted by the Russian military forces, since the Cosmodrome is under the legislation of the Russian Federation. The adrenaline of discovery finally overtakes the fear of getting caught. The investigation of the classified object turns into the exploration of the self.

Through exploring the concealed space shuttles Buran and Burya, the rocket carrier Energiya-M, and watching the launch of Soyuz rocket from the Gagarin’s Start pad, the protagonist is contesting his own abilities and learning to find his own strengths. Baikonur is a renowned military object. The first and the largest space station in the world, it has also become one of the symbols of the Soviet-American space race during the Cold War. With all the above, this movie picture also intends to tell the story about Energiya-Buran, the space program promoted as the pride of the Soviet people at the time. A successful space project on the one hand, it is also a lethal and enormously expansive weapon – its only purpose is massive annihilation of the people on the other side of the planet.